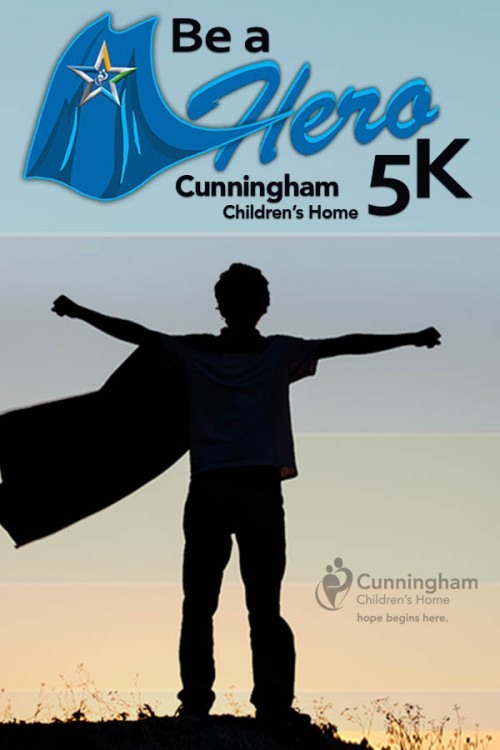 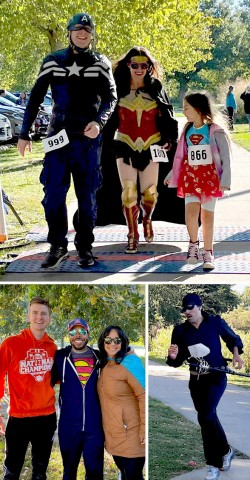 They saw.
They conquered.

An amazing 238 people registered for the 2nd Annual Be a Hero 5K on October 1, 2022 and boy were they fun! We saw Wonder Woman—actually several of them. The "Man in Black" from Princess Bride made a strong appearance. Captain America was in attendance, of course. And the hundreds of other heroes at the race came in many forms.

There were families, friends, pastors, co-workers, businesspeople, educators, medical professionals, college kids, classmates and more. Walking, running, strolling were babies, young people and not so young people. And they ALL came together to support Cunningham Children's Home and the 807 youth and families the agency serves! Because of them, and those who supported their efforts for the 5K, we are proud to announce this year's net proceeds: $17,676! 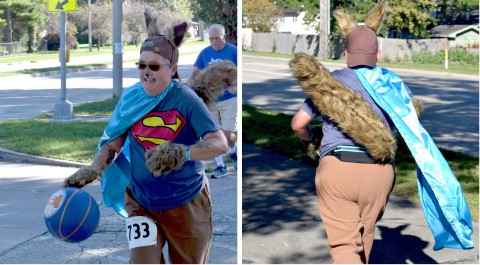 We told you that if superhero 5K supporter Martha surpassed $2,000 in donations, she would run in a squirrel outfit AND dribble a basketball for half of the race. Well, the Harlem Globetrotters better watch out because Martha's got skills. And not just fundraising skills, although impressive. Her original fundraising goal was $1,000 but that didn't stop Martha! She kept at it and raised an amazing $2,300! And we've got to say, she looked pretty darn good dribbling that basketball! Her own personal cheering section—the "squirrel supporters"—thought so too!

Our Superheroes were beyond SUPER!

The event would not have been as successful without the powerful support of our more than 60 volunteers! These individuals and groups helped set up, at check-in, at the water stations, throughout the course cheering on participants, as part of the clean-up crew and more! We had an amazing response from University of Illinois service groups including Beta Alpha Psi, Graduate Christian Fellowship, Alpha Phi Omega and Phi Gamma Nu.

It was so wonderful to see so many kids! St. Matthew’s school in Philo had 9 of their 11 cross country members running. They have sectionals coming up and this was another race to help them prepare for that!

Ben*, one of our residential youth who participated, found a way to combine two of the things he likes to do: exercising and reading! He carried a book with him and when he wasn't running, he would read a few pages as he walked!

James, who works in our Families Stronger Together (FST) community services program, and a young man who recently moved to Urbana from Peoria and is getting services from FST, volunteered at the 5K. James thought it would be a good way for Kamerion to engage in his new community. Kamerion met lots of new people as he helped with packet pick-up.

Thank you again for your support of the 2nd Annual Be a Hero 5K! You have made a hero-sized impact on the youth and families we serve!

What is the Be a Hero 5K? Learn more HERE!