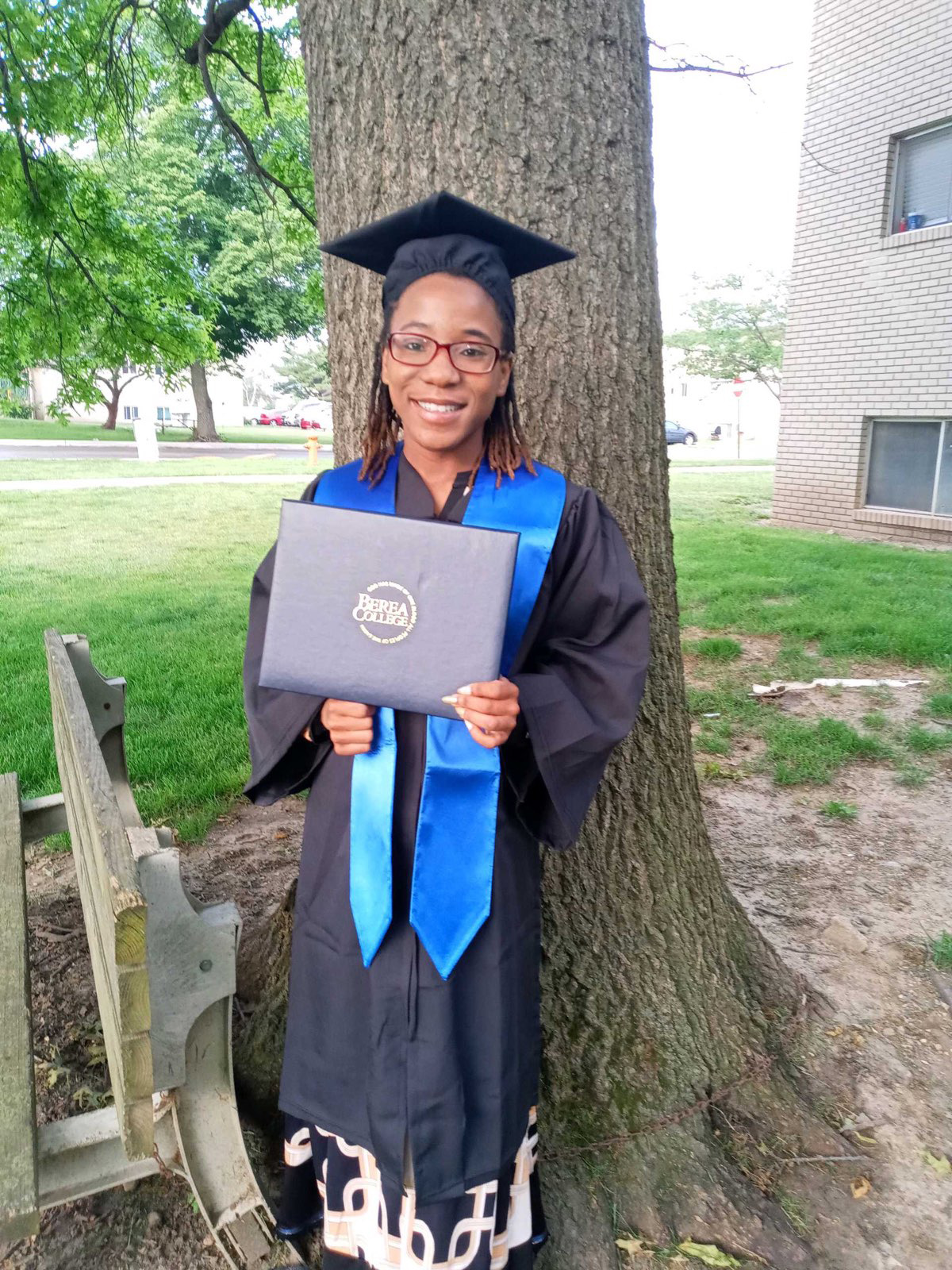 Having a sense of community unites us. Community allows us to support one another, interact and share experiences. We have seen firsthand how Cunningham Children’s Home helps transform lives in our community.

Dynasty Brandon, a wonderful young lady from Rantoul, is reaching her goals with our help. Despite a difficult home life, Dynasty was determined to make a better life for herself. As a senior at Rantoul Township High School in 2018, she earned an academic letter and was recognized for perfect attendance. She also received several academic scholarships for college and was accepted to Berea College in Kentucky. After graduation, Dynasty went straight off to college and never looked back.

“My father, our relationship was very rocky, and my relationship with his girlfriend was not the best before I left,” Dynasty said. “It was a very tense time. I left to take advantage of the scholarship I earned.”

Dynasty took classes in consecutive terms, including summers, and soon, Berea College became her home. In March 2020, when COVID-19 struck, Berea closed the dorms and moved to online classes. Initially, Dynasty stayed with a Berea alum, who tragically died not long after. With nowhere else to go, Dynasty became homeless and eventually returned to the Champaign area. 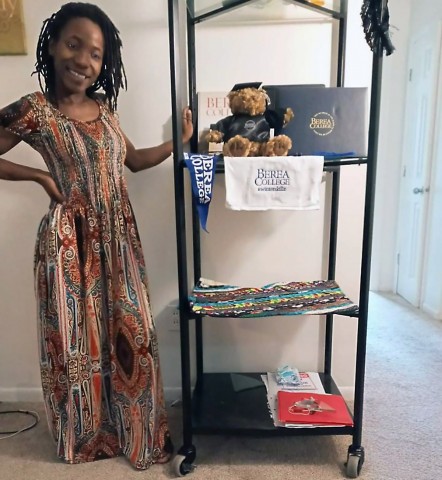 “I called my dad a lot during the time I was in Kentucky, but I got no response,” Dynasty said. “Months down the line, when I finally got back in contact with him, my room was already cleaned out. I asked to return, but he had gotten two dogs and I am deathly allergic to dogs, so I had to swim or drown.”

Others she considered like family didn’t want the burden of a college student who couldn’t help with bills. Most people in this situation would have given up, but not Dynasty. Forced to live in her car, she went to stores and restaurants to use their WiFi so she could finish her homework and then took tests inside her car. She found Austin’s Place, an emergency shelter for homeless women in Champaign, which provided Dynasty some relief, but it wasn’t going to be a long-term option.

“Because many businesses shut down during the midst of the pandemic, I couldn’t find a job that worked around my morning classes and I couldn’t risk my scholarship with bad grades,” Dynasty said. “I had money for basic needs like my phone and gas. I met a woman in Urbana who let me shower after I left Austin’s Place each morning and she made me food to go. I did whatever I could to stay enrolled in school.”

The staff at Austin’s Place put Dynasty in touch with Marco, one of our case managers from our Runaway and Homeless Youth (RHY) program. RHY serves Champaign County individuals who are homeless or at risk of homelessness and focuses on the development of skills that help individuals maintain housing and employment. RHY also helps arrange linkages to community resources. Never, however, had the program provided services to a college student.

“When I got with Cunningham, I was stable,” Dynasty said. “I had a bed and constant food. They gave me WiFi, so I could hook up my laptop and do my homework. They bought me clothes and a desk so I could continue to be a student. They really made it student friendly. It was a change for Marco because I had different needs and he fulfilled them. The RHY program is great, but with me, they really had to think outside of the box.”

After about four months, Dynasty returned to Berea College once campus reopened. Marco continued to help her secure a housing voucher through a program sponsored by the Housing Authority of Champaign County so she would have a home to return to once she graduated.

“Marco really went to bat for me and helped me find an apartment,” Dynasty said. “I signed all the documents from Kentucky, and the day I got back to Champaign, Marco handed me the keys and said, ‘here is your home.’”

A couple of weeks later, Dynasty received her bachelor’s degree in the mail…at her new home!

“Without Marco, I am not sure I could have finished school,” Dynasty said. “I am so thankful for everything he did to help me.”

Now it’s Dynasty’s turn to help others and she will be doing so at Cunningham! Dynasty’s degree in sociology–earned in just three years–made her an ideal candidate to work as a youth counselor. And the fact that she is bilingual, having had four years of Spanish, is an added benefit. When Dynasty interviewed, her enthusiasm and zest for life really impressed our staff. She will start orientation later this month!

“I really wanted to do anything working with kids,” Dynasty said. “Everything is working out perfect.”

Your continued donations help us provide for the well-being of those in our community, like Dynasty, who are experiencing difficult life situations. Please consider making a gift so we can continue to provide stability and open doors for those who need it most.