In September 2016, we were transported back in time by a visit from two Cunningham alumni who had driven all the way from Texas to see their childhood home.

When Glenn and Jean stopped by the Spiritual Life Center, we thought they were two of the many generous donors who drop off socks, shampoo, and other gifts for our kids, but their faces gave them away. At first, unable to speak through their tears, they identified themselves as brother and sister and shared that they had lived at Cunningham in the late 1930's when their mother was unable to care for them. It had been over 76 years since they'd been back.

But there's more to their amazing story! Until earlier this year, Jean wasn't even aware that she had a brother. Adopted from Cunningham in 1939, at age three, she had recently learned bits and pieces about her past. Several years older, Glenn remembered his baby sister but had long lost hope of ever finding her. With the help of a genealogy website, Jean put the puzzle together and quickly found Glenn. In an emotional phone call, they were dumbfounded to learn that they now live within an hour's drive of each other near Houston. 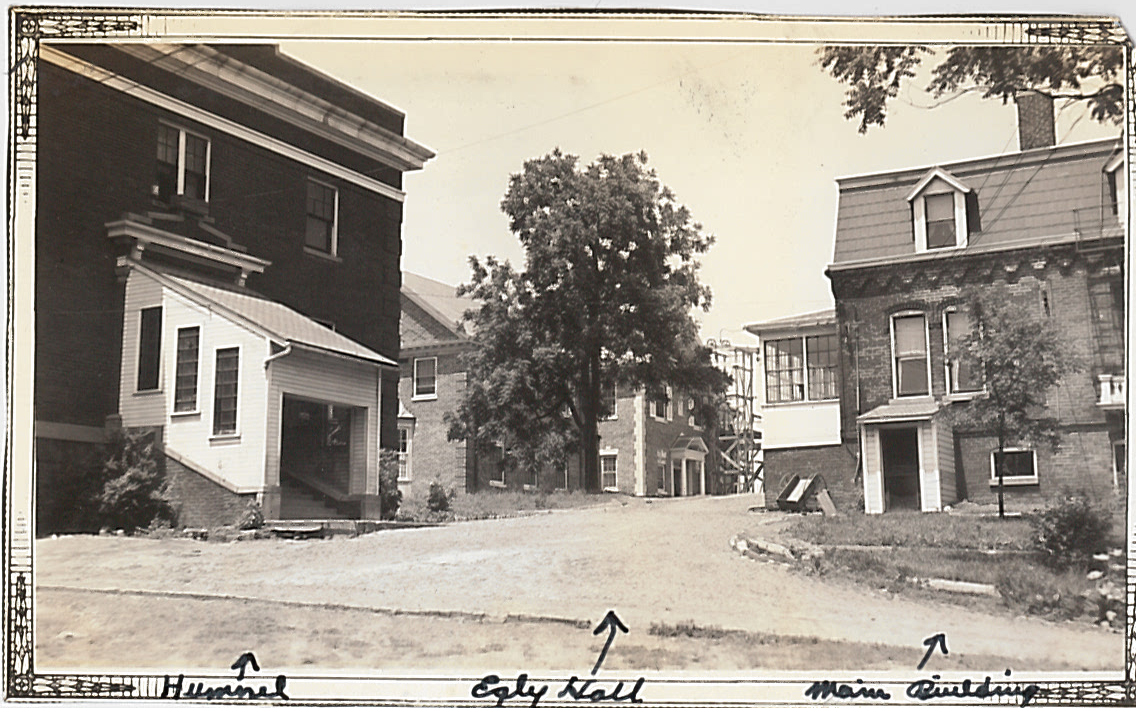 "I remember Cunningham as being such a warm and wonderful place with such nice people," Glenn reminisced. Strolling through the campus, he remembered climbing trees, going to Crystal Lake and hiding in the stairwell in Spalding, then a boy's dormitory. Other landmarks jogged his memory, although the farmland where he worked and the "big rock" where he met up with friends were nowhere to be found.

Combing through Cunningham's archives of photographs, records, and letters, Glenn and Jean found a treasure trove of information. Their admission and discharge records, along with those of two other sisters (now deceased), are included in our logs from the '30's and '40's. They recognized photos of their caregivers, playground, and living quarters. "I even remember the white iron beds," said Jean. "And I had a dollhouse, too." Most incredibly, tucked away in the Cunningham files, they found a photograph of themselves and their two siblings taken over even decades ago. 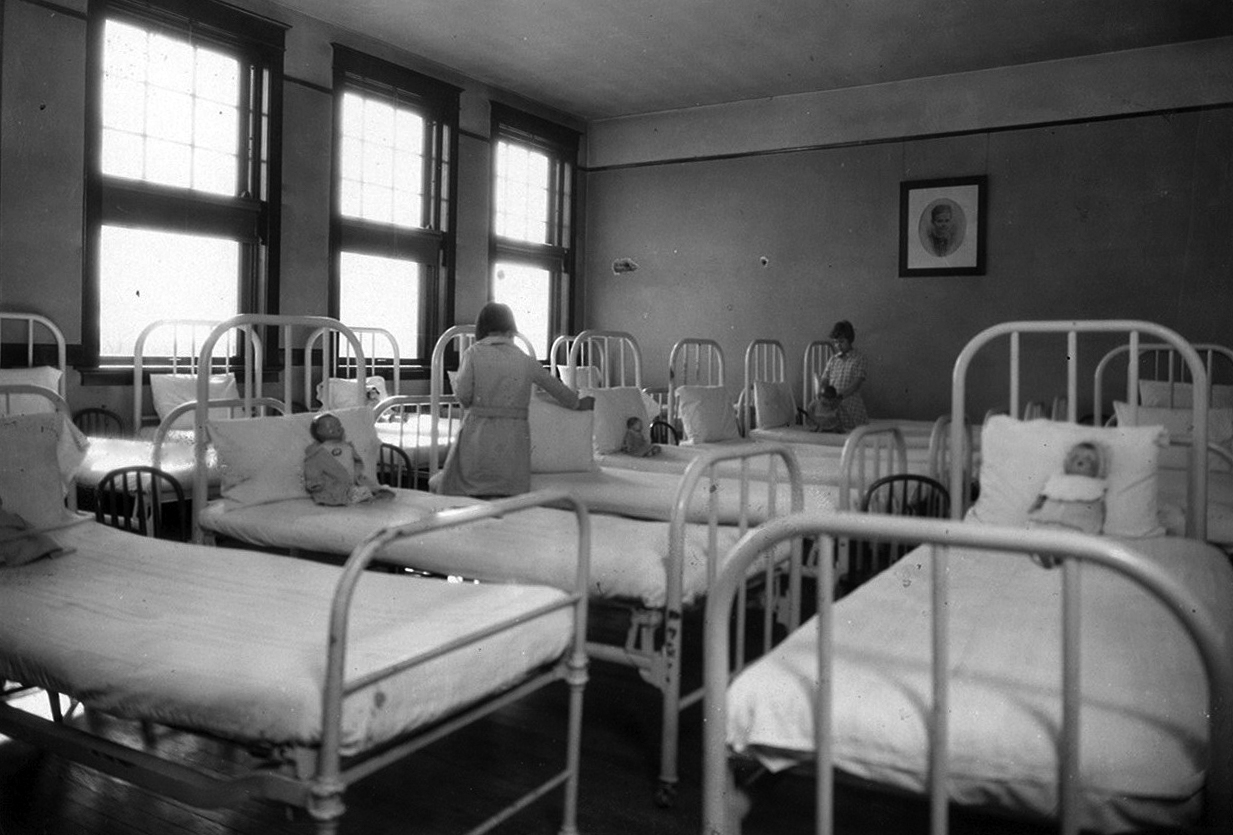 Glenn and Jean can't remember receiving a handmade quilt at Cunningham, but we know they were part of the United Methodist Women's tradition even back then. As a keepsake and a thank-you for their trip to Urbana, each received a new quilt to honor the care they received here.

It was a gift to talk with Glenn and Jean and share their remarkable journey. Not only does their visit remind me of Cunningham's rich heritage and commitment to community service, it reinforces how adaptive and responsive the agency has been to the changing needs of youth and its great stewardship of resources. Their visit confirms that good work does make a difference in young people's lives, now as it did back in 1939. 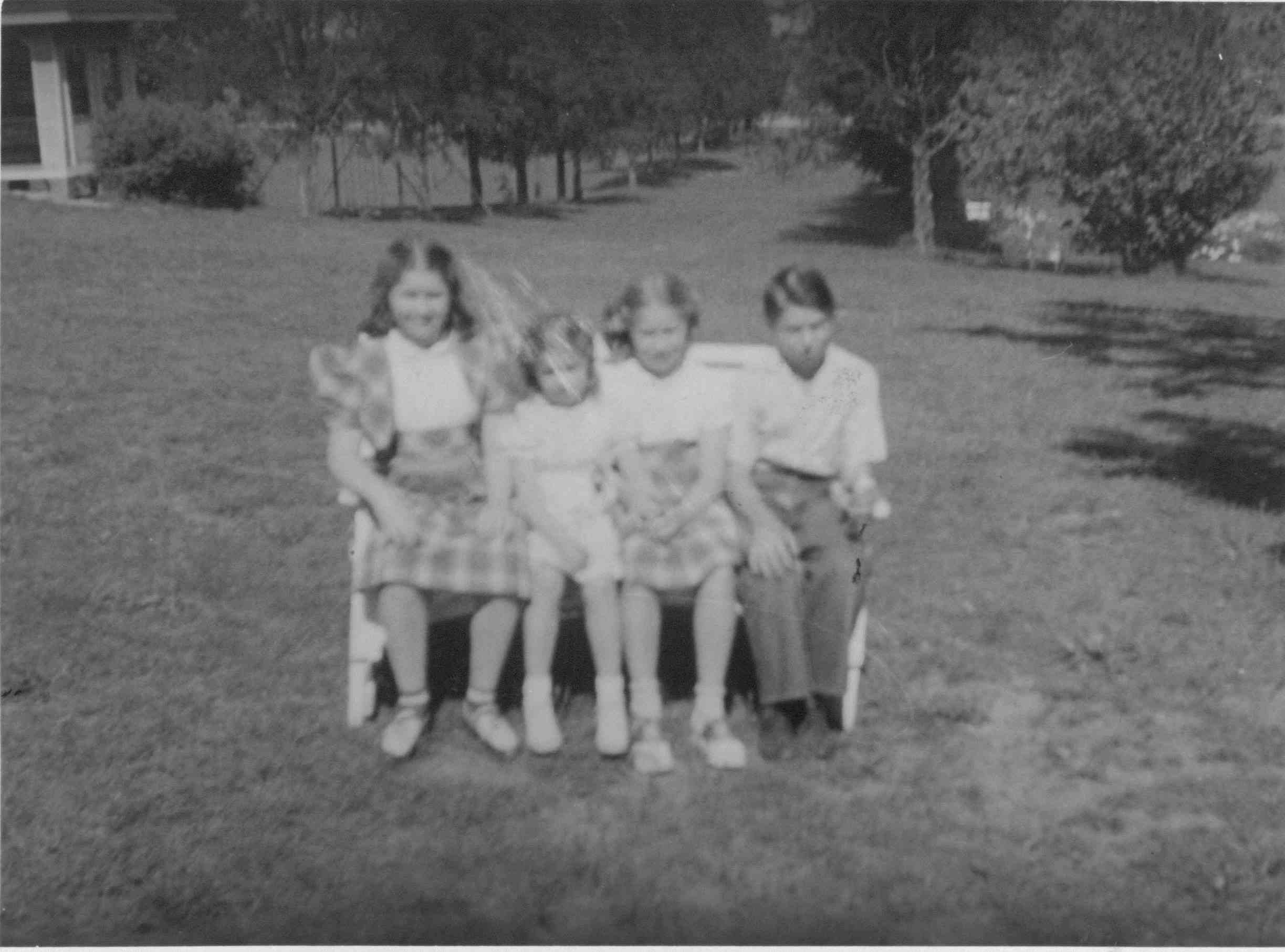 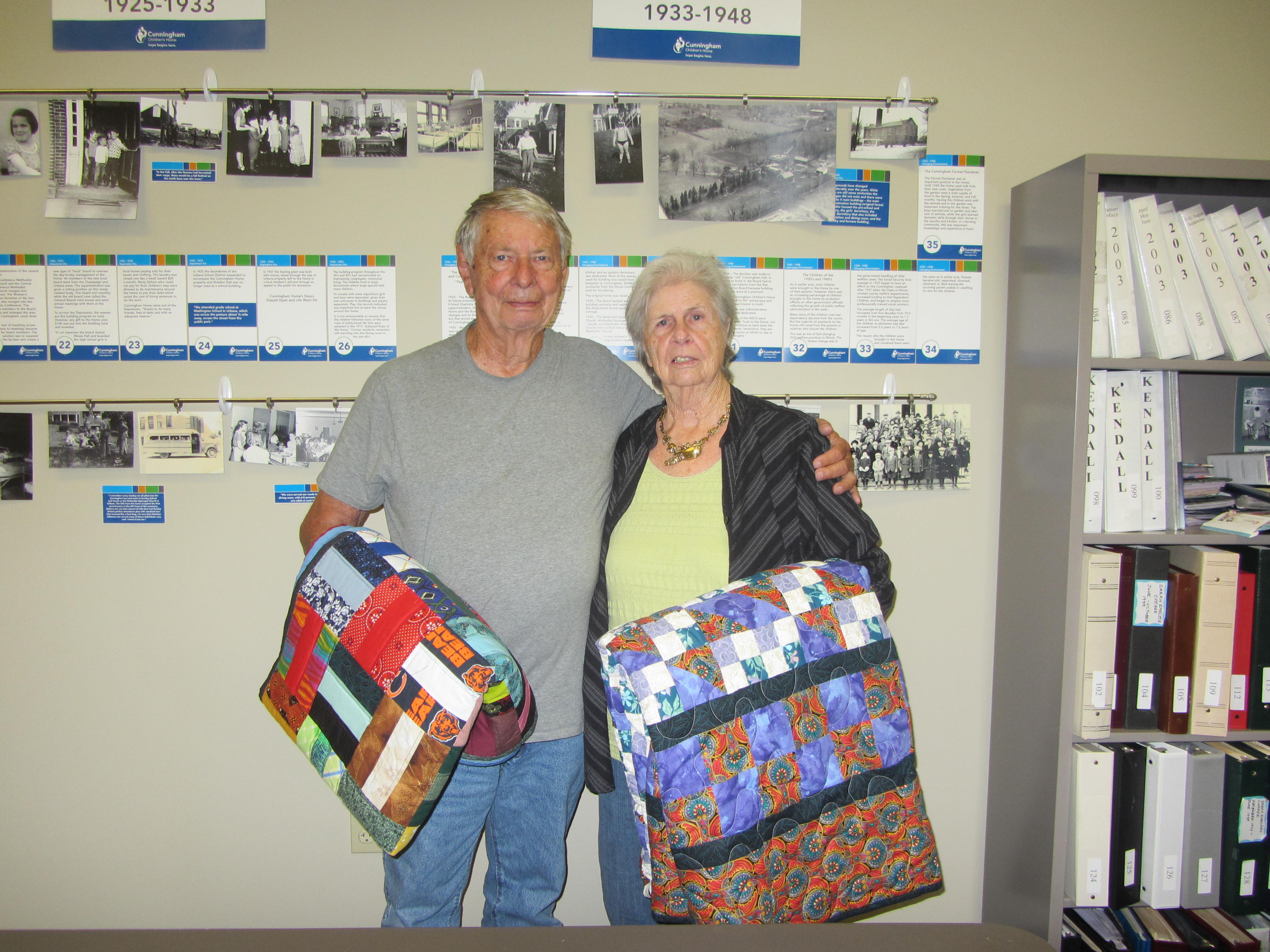