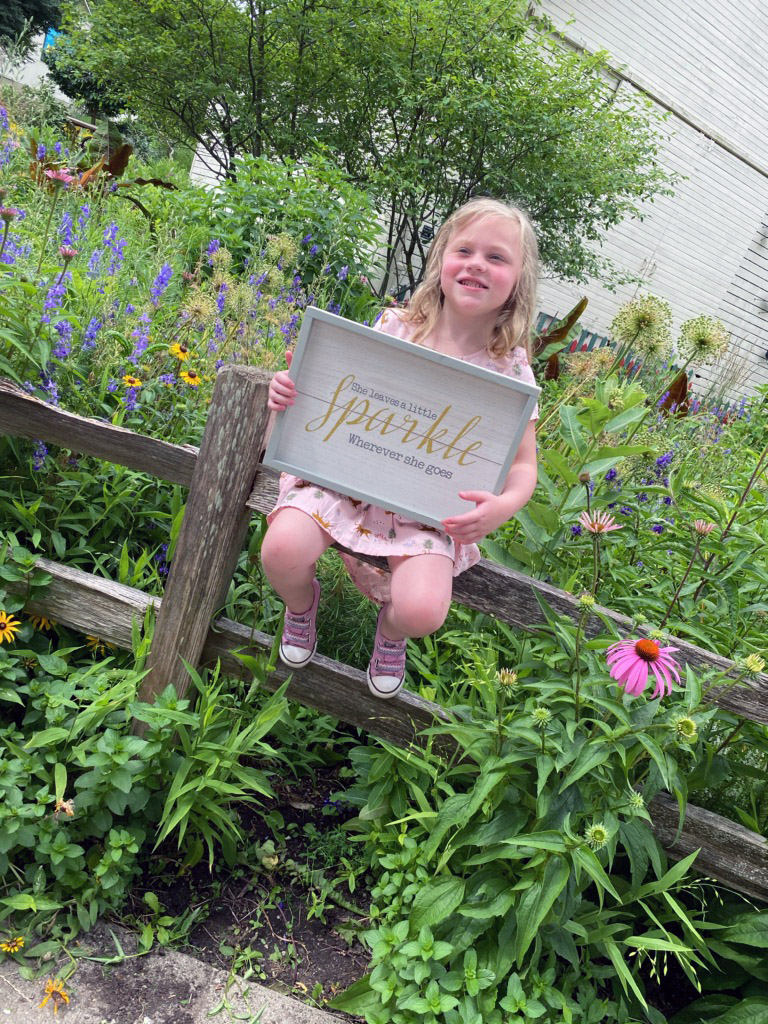 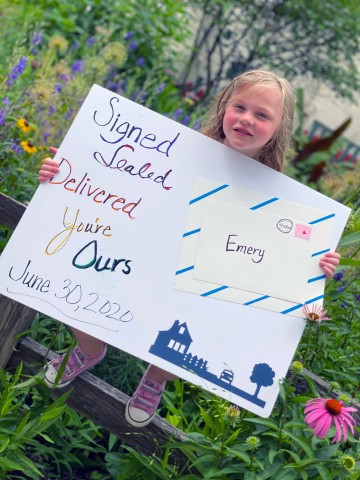 On June 30, 2020, five-year-old Emery’s adoption was finalized and like all parents do, Julie and Shawn made sure to capture the event with the cutest of photos. The pure delight that shined through in Emery’s sweet smile said it all. She was so happy and not even the 1,566 days it took to get to this day could take that happiness away from her, her parents or, as it turned out, from Cunningham’s staff, Marie and Paige from the Intensive Placement Stabilization (IPS) program.

“We’ve been intimately involved all along so we are just full of joy at the completion of Emery’s adoption,” Marie, IPS Associate Director of Family Services, said. “It’s a unique story in that these foster parents had to hang in there for a really long time but they were committed very, very early on to becoming this child’s parents for the rest of her life and they weathered a lot of storms.”

When Julie and Shawn became foster parents to Emery, their intent was to engage and stay connected with the biological mother. When it became clear that was not going to happen, the goals shifted from fostering to adoption. The case went on for a very long time before parental rights were terminated. Then there was an appeal process, a number of case worker changes and behavioral difficulties they had to address.

“While there were so many ups and downs with the case, Julie and Shawn were the absolute constant in this little girl’s life,” Marie said. “They’ve created stability for Emery and there’s just ease and warmth and total inclusion of her in their family. It has been really impressive to see their perseverance and dedication.”

But there’s so much more to this story and Julie and Shawn’s all-in commitment to their family. 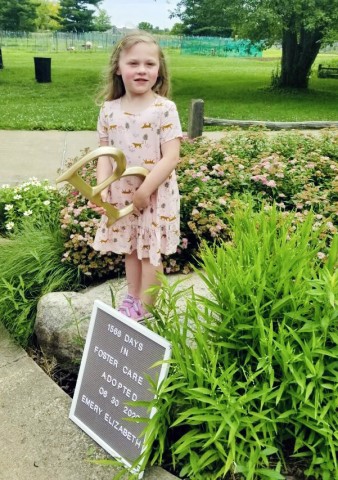 Marie and Paige, IPS Family Support Specialist, first became involved with the family two years ago when they began providing services for Emery’s older sister Renee*, whom Julie and Shawn were also fostering.

Growing up, the girls were surrounded by mental illness, substance abuse issues and neglect. Renee, a classic case of a young child who didn’t get the care and attention she needed for the first couple of years of her life, was struggling with daily challenges with her emotions and temper, which often caused behavioral problems. Julie and Shawn needed help.

“We were really at our wits end,” Julie said. We had gone through so many case managers and ended up having our case switched over to DCFS and that’s when things really started to happen for us.”

Cunningham’s IPS program is designed to help promote DCFS’s goals of safety, permanency and well being for the children and youth it serves. To accomplish this, IPS provides short-term services, interventions and support to children and youth with emotional and/or behavioral problems who are identified as being at risk of placement disruption. Renee’s situation certainly qualified for IPS services and Paige and Marie got to work.

Paige went to Renee’s daycare a couple of days a week where she lent one-on-one support and provided training opportunities to the staff, giving them ideas of how to approach situations with her. She also provided in-home support. Marie was involved in supporting Paige but also supporting Julie and Shawn.

“Any question I had, if Marie didn’t know the answer, she would research and come up with it,” Julie said. “If I was having any issues with DCFS not calling me back, Marie would immediately jump on the phone and start tracking people down. She helped research schools, counseling and residential care for Renee. She just helped get everything arranged.”

In the midst of all of this, Emery started having trouble. She was getting older and was seeing what Renee was doing and started to mimic it. Her behavior put her at risk of being kicked out of her daycare. In March 2019, Emery also became an IPS client and Paige and Marie’s first assignment was to talk to the daycare staff and try to convince them to keep her.

“When we went there to try and intervene, we explained to the daycare staff that Emery’s behavior stemmed from her trauma and if they could look at her behavior from a trauma informed approach, maybe they’d be more willing to hang in there,” Marie said.

Trauma-Informed Care is the knowledge and understanding of one’s trauma and the far-reaching impact it has on the development of the brain and behavior. It promotes an environment of safety, healing and recovery.

Initially, they agreed to give Emery another week and Paige starting going to the daycare as a therapeutic mentor. Despite those efforts, Emery had another meltdown and when she threw items in the direction of another child, she was asked to leave.

Using a gentle and supportive approach, Paige worked with Emery on peer and emotional interactions and also helped her to develop coping skills so she could better control her emotions. When Paige provided support at Emery’s new daycare, she gave her the one-on-one attention she needed. Now, Emery is doing really well because she is using a lot of the coping mechanisms Paige taught her.

“They’re very much involved and nothing is too much for them,” Julie said. “It’s just amazing. They take that extra step and are all about the family unit and really assured us that everything was going to work out.

“Marie is always the voice of reason,” Julie continued. “She and Paige are always willing to help and if they don’t yet have a plan, they always have an idea. They at least have hope.”

And, as we see so often at Cunningham, hope goes a long way.

*name has been changed to protect the privacy of our youth