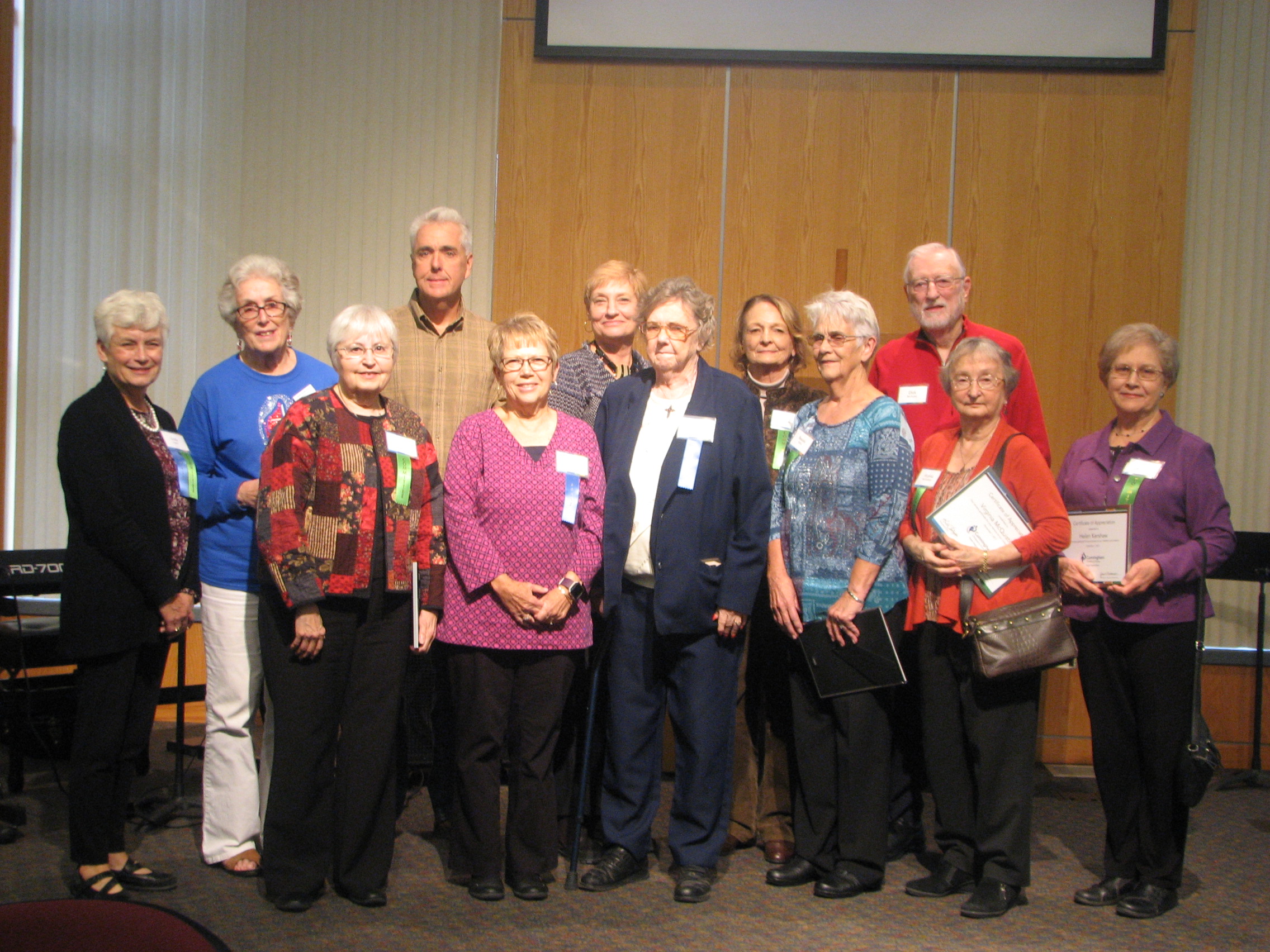 Two very special awards were presented by Cunningham Children’s Home on Wednesday as more than 100 current and past board and committee members and guests attended the annual Board Appreciation Day luncheon at the Spiritual Life Center.  Mike and Scott Balogh, representing the Illini Collector Car Club (ICCC), were honored with the Friend of Children Award and Don Pittman was given the Outstanding Alumni Award. The event also included recognition of service for retiring board and committee members as well as a blessing of service for those beginning terms on the board and various committees. 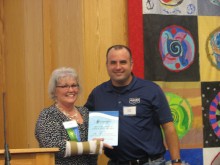 The Friend of Children Award honors individuals who have gone above and beyond to help Cunningham kids and recipients are chosen by the Cunningham Board.  In 2008, the Mike Balogh and the ICCC began a tradition in which the registration fees for the Motor Muster Car Show at the annual Urbana Sweet Corn Festival are donated directly to Cunningham and his son Scott has continued that tradition. Over the last 10 years, donations from the Motor Muster have reached nearly $9,000. The past two years, the ICCC has held its June meeting on the Cunningham campus and car owners bring their classics out for a night and hold a mini car show for Cunningham youth.

Don Pittman is the first recipient of the Outstanding Alumni Award, a recognition Cunningham added just this year. The award recognizes an alum for professional and personal success, service to community, and a commitment to Cunningham’s mission to see children thrive and families flourish.

Don came to live at Cunningham Children’s Home in 1931 when he was five years old when his Dad was without work and could not afford to take care of him and his older brother.  He fondly remembers becoming a Cunningham Milk Boy at age 7; a very important job in the 1930’s.  He also did mowing, snow shoveling and general grounds keeping and said this taught him responsibility and work ethic that was influential in shaping how he lived his life.

Don’s father returned to get him and his brother five years later so that the boys wouldn’t be separated but still didn’t have steady work and for a year the three lived in a tent in the backyard of a friend using bales of hay as insulation to keep them warm. But things did get better and while attending Urbana High School Don and his brother both proved to be outstanding athletes.  After graduating, he enlisted in the United States Navy and served overseas in the South Pacific on the bases on New Guinea and Manus Islands.  Sadly, his brother was killed in action while fighting at Iwo Jima. 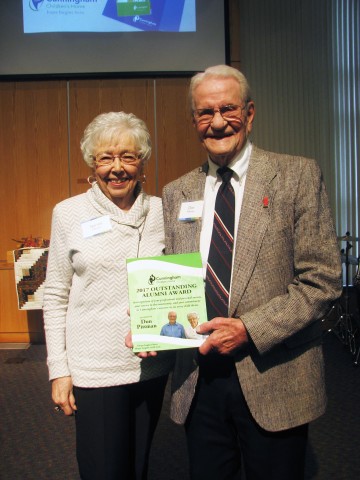 After the war Don returned home and enrolled at the University of Illinois, majoring in Education and lettering as a member of the football team. He began his career in education at the then Champaign High School as a Social Studies teacher and Assistant Football Coach, Wrestling Coach and Track Coach.  A successful life-long educator, Don changed the lives of countless young people through education and athletics.  He is a dedicated husband and father, a highly respected member of the community and a man of great integrity and character.