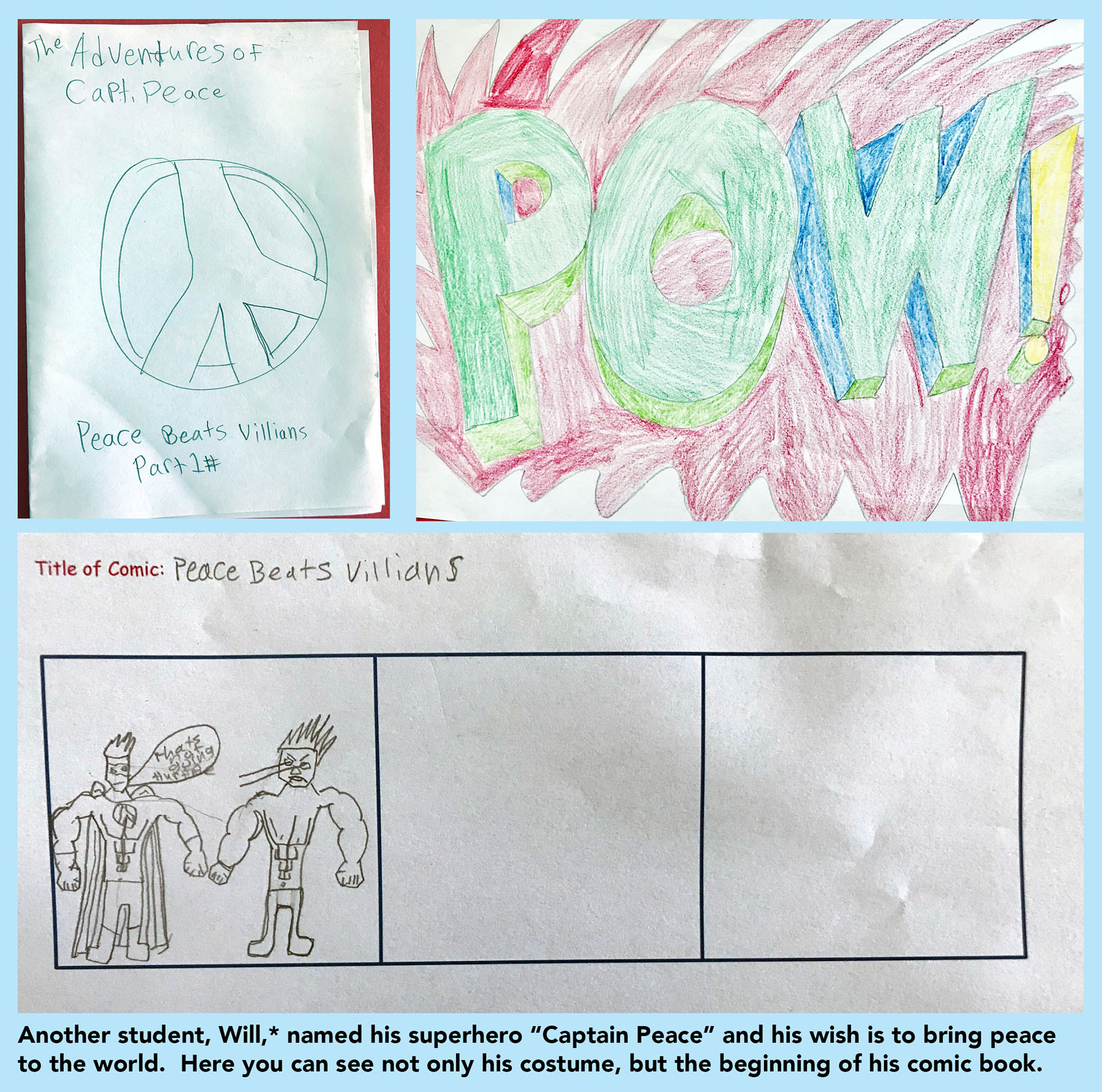 There's a superhero in all of us!

There's a superhero in all of us!

National Superhero Day–a day to honor superheroes, both real and fictional–is observed annually on April 28. Batman, Superman, Captain America, Wonder Woman, Iron Man, Hulk and Spiderman are just some of the superheroes whose names we recognize. Even though they are fictional, these superheroes are great role models for our children. They serve and protect while fighting evil.

Our real-life superheroes may not have super powers or wear capes, but they are also great role models who serve and protect while fighting evil. Military personnel, police officers and firefighters are just a few of the heroes who protect us on a daily basis. And then there are our teachers. Take Ms. Evelyne for example. She’s been working at Cunningham as the Art and Psychology teacher for six years and has helped our kids express themselves creatively through their assignments. Among their many projects, our students have created works of art inspired by various cultures for their annual culture fair, and drawn realistic, expressive and creative silhouette self-portraits.

Their most recent topic, Superheroes, has been timely, especially with all of the craze over the current movie, "Avengers: Endgame," and it's been a perfect way to end the school year.

"The students have been highly responsive to the theme of superheroes for a few reasons," Ms. Evelyne said. "First and foremost, it plugs in to their current interests. It’s part of pop culture and it’s everywhere! So it’s a nice way to end the year, which is typically a challenging time for our kids–full of high energy but low interest in school assignments." 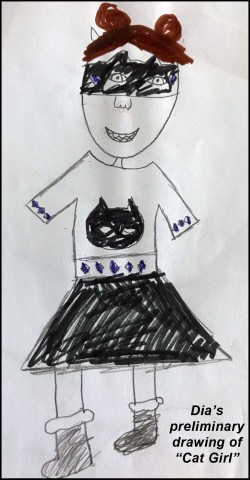 "What I love about this unit is that it taps into many areas of art and intersects with other subjects such as writing, reading, math and science," Ms. Evelyne said. "Students can choose their focus so if one would like to put most of their creative energy into writing, they can create an entire comic book. If another wants to learn more about fashion design, they can work on their costume. If a student wants to work three-dimensionally, they create a superhero doll. It’s a multi-faceted lesson that is not only empowering but an engaging way to meet the art standards."

According to Ms. Evelyne, a project like this is not only fun for our kids but also beneficial in their growth because it allows them to explore their imagination and gain control in areas of their lives they are still trying to manage. It’s a way for them to process their own traumas and feel in control. For example, a few students chose superpowers that included the ability to help or save children and animals and protect families.

Dia* created "Cat Girl" because she wants to protect humans and animals. She was entirely devoted to creating her costume, including a skirt, cape, mask, shirt and ears/headband.

"The superhero industry is still male dominated so I appreciated seeing enthusiasm from our female students," Ms. Evelyne said. "It can also be focused on white superheroes, so an emphasis was placed on superheroes of all races and cultures which is a strong mirror for our students for leadership roles. Watching our kids feel empowered through the art-making process is always a sign the assignment is speaking to them."

*Our story is real but names have been changed to protect the privacy of our youth.