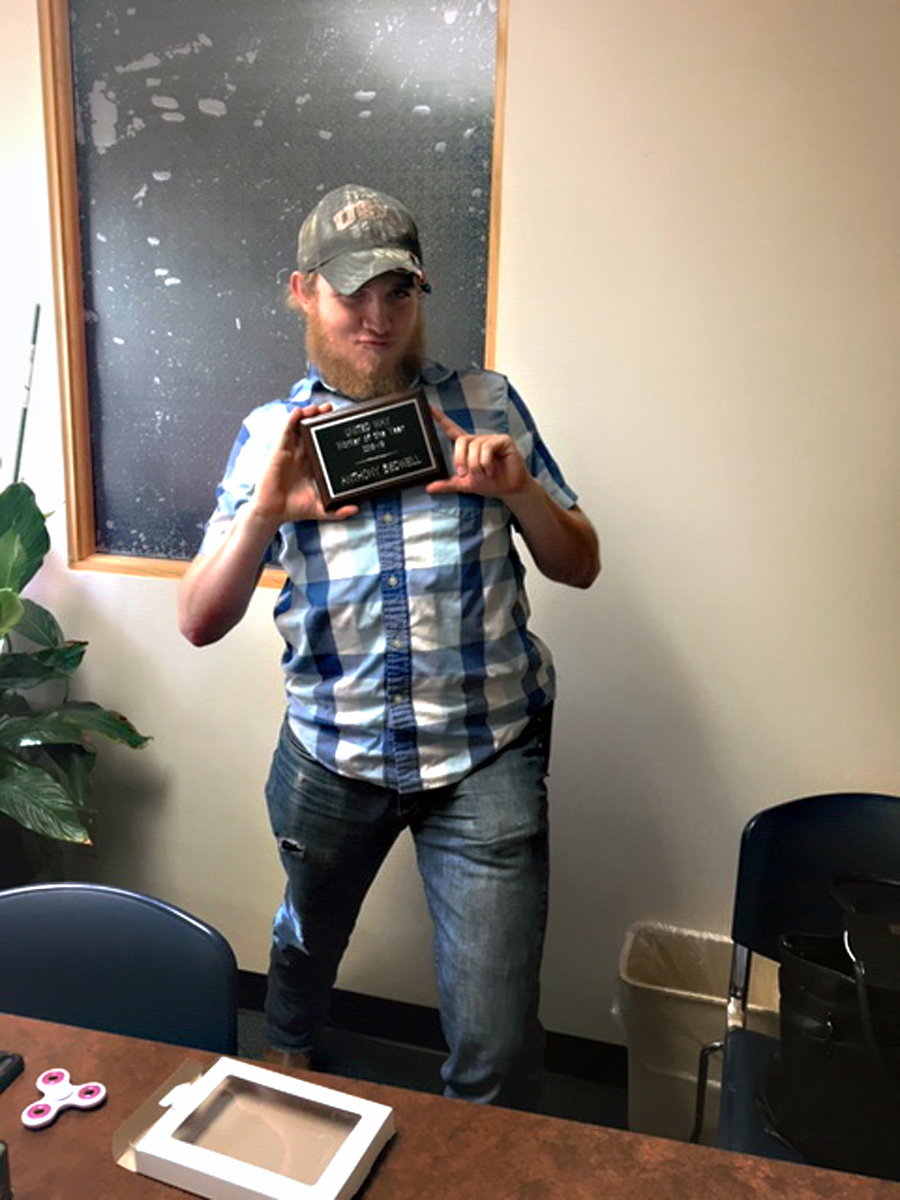 Worker of the Year

Worker of the Year

Anthony, a young adult in our Independent Living program, is proof that hard work pays off. 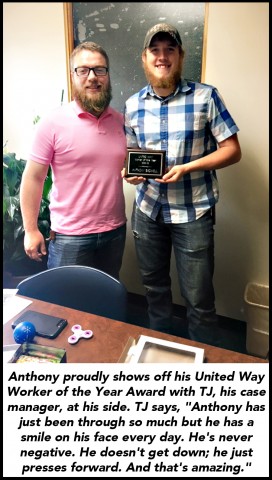 In June, he was pleasantly surprised to receive the United Way 2018-19 Worker of the Year Award, through Cunningham’s Vocational Options Program (Options), for his outstanding efforts to maintain full time employment and for being diligent and exemplary in pursuing financial stability. Anthony has worked for Menard's for almost three years where he’s been an assistant manager in the outside yard, a member of the delivery team and promoted to a forklift operator.

"I am trying my hardest at everything I do and it feels good to know that’s being appreciated," Anthony said. "I wasn’t expecting it, but it was kind of cool to get it."

Anthony came to Cunningham Children’s Home—specifically our Transitional Living (TL) house—a couple of years ago from another residential treatment facility after the courts determined he couldn’t return home. After about six months with TL, he and another young adult in care got an apartment together and now, Anthony is living on his own in an apartment through our Independent Living Opportunities (ILO) program. It’s clear he isn’t allowing his very neglectful and abusive past to dictate his future.

"Anthony just has that resiliency," TJ, his case manager, said. "He often references his past and uses that as motivation for the future and he has had an incredibly traumatic past. He really considers all of the knowledge, advice, and experiences of those around him and takes it to heart when he's making decisions or going to treatment. And he has a work ethic like no other—not only with his job, but anything he puts his mind to."

Anthony successfully completed the adult driver’s course so he could get his driver’s license. It’s a six-hour course and he knocked it out in record time. He has taken advantage of many programs, like the employee incentive program, for example. In that program, high school graduates who work at least 20 hours a week can receive an additional $150 per month from the Department of Children and Family Services (DCFS) for up to 12 months. He maxed out that program. He also completed a year of college with mostly A’s and B’s but determined that seeking a degree just wasn’t for him but he still wanted to try it. And anything our Options Program offers, Anthony will do.

"He’s using this time in TL and ILO and the opportunities, the programs, the resources, and the people available to him, to get himself in a position to be successful, healthy and happy in his future and for the rest of his life," TJ said. "He wants to have as many tools in his belt as he can."

Recently, TJ was able to obtain DCFS funding to pay for Anthony to attend and complete CDL (Commercial Driver License) training through Parkland College. When he turns 21 in August, Anthony will be able to be hired as a CDL driver.

"I’ve applied for a couple of jobs that are local—instate mostly," Anthony said, "but I have also started to look at jobs that keep me over the road for a week or two at a time. If I get a job like that I would fully embrace it. I would love to do something like that. It’s a chance to see the country while working at the same time. I’m super excited. It all comes with time and I’m just trying to make sure that everything is in order when that time does come."

Anthony is a believer in Cunningham’s TL and ILO programs and appreciates all the people that have helped get him where he is today, especially TJ.

"The staff is very good at helping you achieve whatever you want to achieve career-wise, whether that’s going to school or going straight into the workforce," Anthony said. "They are willing to be supportive in whatever manner that is. They do push you to be independent and be on your own but they give you that reassurance that if you need them, they will be there.

"TJ has always been that one guy that I can talk to no matter what," Anthony continued. "He really relates to me and can give me that one-on-one advice that I need. He has helped me to manage my money and train myself to think things through before I do them."

But TJ is quick to give Anthony the credit he deserves.

"Anthony just needed a program with people that were in his corner, provide opportunities and foster him being in the community," TJ said. "When you’re coming from residential, it’s an adjustment and that’s why I think our program was a really good fit. We may have helped steer him but he’s been the driver the whole time. He is a very special young adult and he is going to do great things in his life."